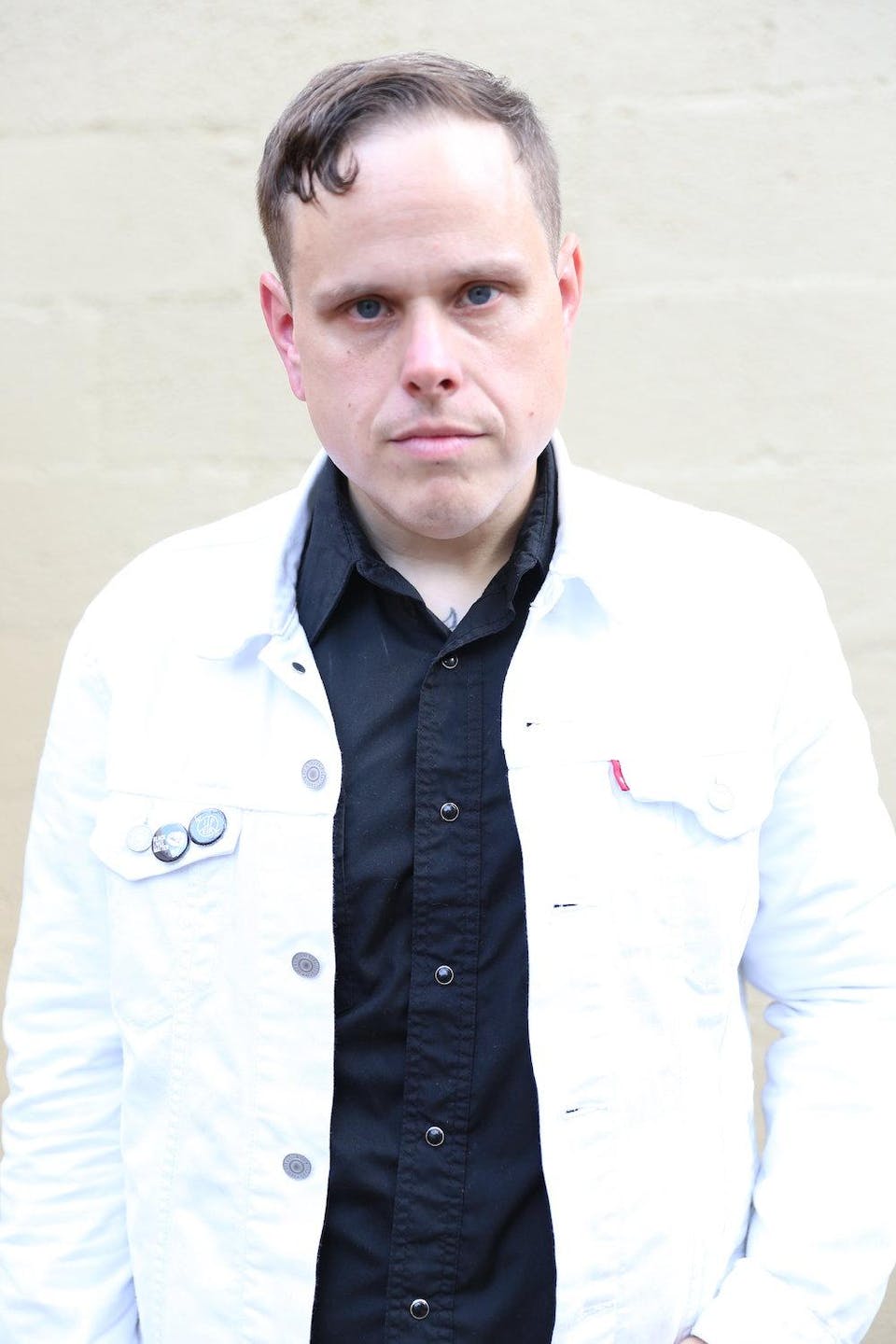 iCal
Google
Join us for an evening of music with Austin Lucas and Don Gallardo! Get your tickets today! Space is limited.

Austin Lucas is both critically-acclaimed and a songwriter’s songwriter. A true road warrior having circled the globe for nearly 20 years, he’s shared stages and tours with the likes of Willie Nelson, John Moreland, Dawes, Langhorne Slim, Joe Pug and countless others.

“A beautiful slice of Americana, crafted in the shadows of dying factories and institutional neglect—a compelling, brutal snapshot of what happens when the American dream turns to ashes.” That’s what Noisey says of Immortal Americans, Austin Lucas’ new album, out Friday August 17 on Cornelius Chapel Records.

Co-produced by Austin and Will Johnson (Centro-matic), and mixed/engineered by Steve Albini, it’s a clear-eyed record for murkier times, rooted in stripped-down, gothic heartland rock songs that find Austin reflecting upon the changes in both his hometown and himself.

Written after a tumultuous period that found Austin getting sober, supporting his partner through a battle with cancer, and breaking up with his longtime record label, Immortal Americans was captured in a series of live, full-band performances. It’s the triumph of a man hitting bottom in myriad ways and finding the strength and sense of purpose to rise again.

Wide Open Country has labeled Austin an “artist to watch,” and American Songwritersays of the title track, “’Immortal Americans’ begins as a slow lament for outsiders and underdogs, before eventually building to a melodic anthem that celebrates those who transcended their outsider statuses to find community with like-minded, compassionate folks.”

The album release is part of a busy Fall for Austin. He’s in the middle of a headlining tour, and will showcase at AmericanaFest in Nashville in September. After that, Austin will head out as an opener on Face to Face’s “Hold Fast Acoustic Tour.” 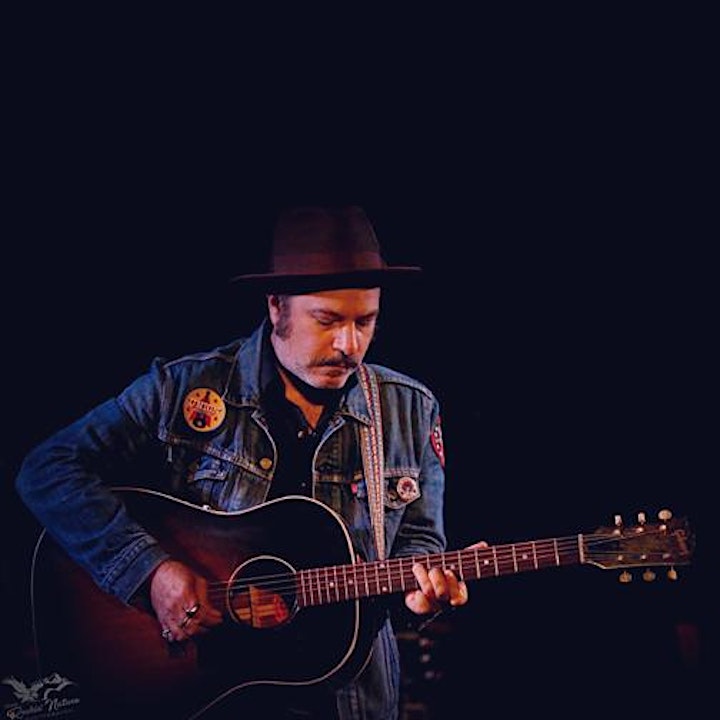 From the foot of Mount Tamalpais, just north of San Francisco and east of the Pacific shore, to East Nashville’s stubbornly independent community of young artists and musicians, singer/songwriter Don Gallardo’s path has always steered clear of the mainstream.

Traces of his journey illuminate his newest album. Begin with its title, Still Here, an assertion that he has learned from life and expressed its lessons in songs. Many have taken note already, including MOJO Magazine (“Gallardo nods to country’s most distant past while sounding like its very near future”), No Depression (“highly recommended to fans of great songwriters”) and, several times, Rolling Stone, who most recently heralded him as one of “10 Artists You Need To Know” in 2017.

The times have caught up with Gallardo, whose love for musical tradition and willingness to melt genre barriers anticipated the Americana boom by at least a decade. On Still Here, “The Bitter End” conjures a neon-lit honky-tonk. An ambling beat and jaunty clarinet on “Stay Awhile” suggest a carefree jazz lounge. Raw roots-rock, a storefront church testimonial, an intimate acoustic-and-steel waltz… each track is an echo of something Gallardo heard and filed away until the right lyric came along.

And lyrics have always been central to his writing. Poetic sensitivity, honesty, and sprinkles of humor find common ground throughout Still Here. The album opens introspectively with “Something I Gotta Learn” (“I’d face the sideways rain but it’s easier to complain. / Is this my curse or just something I gotta learn?”) and “Kicking Up The Pavement” (“You know I am a proud man. / I never said I was a good man.”) From there, it winds through a landscape of wry resignation with “Same Ol’ Alley Talkin’ Blues” (“Life ain’t easy. In fact it’s rough / until you’ve figured out you’ve had enough”), weary wisdom on “The Losing Kind” (“This life I’ve been living, I’m too old to give it up now. / I’ve been singing to strangers in the hopes that they feel it somehow”), and more.

Then, with a pair of farewells, “Ballad Of A Stranger’s Heart” and “Trains Go By,” Still Here leaves us with the knowledge that Gallardo touches us as few artists of our time can do.

To longtime listeners, this is hardly news. But Still Here represents something new for Gallardo, a corner turned and a step taken upward toward a new level of creativity. “On every record I’ve released until now, I’ve written everything on my own except for a song here or there,” he says. “For this one, I wanted to step out of that box.”

So, all but two songs on Still Here were by Gallardo and a co-writer. Significantly, each is as personal as anything else in his catalog. “I didn’t change much in the way I approached these

songs,” he points out. “What changed was the way I approach a melody. I wanted to sing melodies that weren’t like the ones I normally write. I did this to become a better singer. So I reached out to some songwriters I really like.”

With Mando Saenz, Robby Hecht, Tim Easton, and other gifted collaborators, Gallardo emerged with a passel of new songs he was eager to record. Beginning with bare-bones demos of voice and acoustic guitar, he recruited a team of musicians who knew how to tap into the spirit of each composition, including Old Crow Medicine Show mandolinist/steel player Joe Andrews, keyboardist Micah Hulscher from Margo Price’s band and Dave Roe, who played with Johnny Cash for 12 years and played on Sturgill Simpson and Dan Auerbach’s last albums.

With his writing and performing partners, Gallardo achieved something rare with Still Here: a perfect flow of diverse stories into a single emotional statement. “The title of the album says it,” he says. “I’ve been playing for a long time. It hasn’t always been easy. Lots of opportunities seemed to present themselves and then disappear. I’m not complaining. That’s the way the music business is. So what do you do? You keep going forward. That’s what my dad and mom taught me when I was a kid.”

It’s not about just the music business, though. Still Here is about how each of us choose to process what comes our way in this world. That’s what Gallardo learned from his parents back at the foot of Mount Tam in Fairfax, California. He carried their message with him through his travels throughout Northern California, two and a half years in Los Angeles, multiple performances before a growing legion of fans throughout the United Kingdom, and finally now to his East Nashville home, where he has resided for over 9 years.

With Still Here, he passes it to us. And we too move onward.