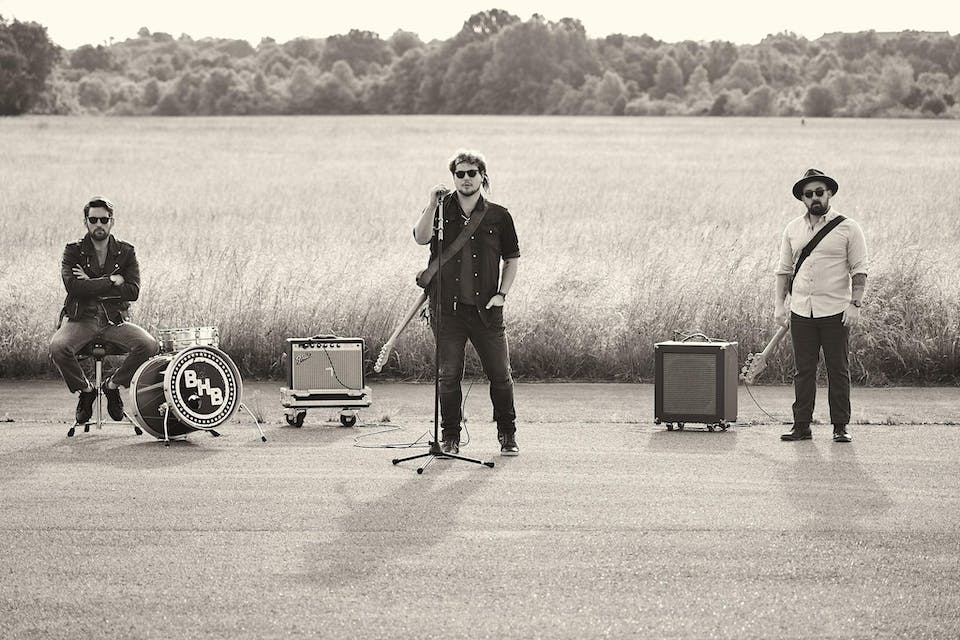 From small town New Hampshire beginnings, to recording his new album in Los Angeles with friend and Guitarist/Producer, Val McCallum, Brooks has surely started his journey for the American dream. Since meeting McCallum several years back, the two have become friends playing shows together in New England. This friendship has quickly turned into collaborating for Hubbard’s third independent release, “American Story”.

Recorded in February, during a two-day studio period, Hubbard and McCallum made this record, with the help of friends Bob Glaub, Pete Thomas, Greg Leisz, and Jeff Babko. Most of this record was recorded in the first or second live take: vocals, guitars, bass, drums, keys. It is a genuine and heartfelt effort that does not go unnoticed. You can hear it on the very first track, “Give Up Easy”, which was the first take and first song of the session. Other notable standouts include, “We Won’t Tolerate It”, inspired by the Standing Rock pipeline protests, “Blood in the Cotton Fields”, a history lesson about the Battle of Stones River in Murfreesboro, TN, and “Pretty Girl”, a story of love and the pain of addiction.

McCallum’s guitar and voice can be heard throughout the album, weaving magic with Leisz’s pedal steel, and complimenting Hubbard’s vocal and serious subject matter. “American Story” represents the good, bad, and ugly of being an American. It is powerfully charged with emotions of relatable stories and personalities of America. Though it can be dark at times, it offers a light of hope that simply illuminates what's most important.

Born in Valdosta, GA 1988. Andy Giannakakis is a painter and writer who lives and works in LA, CA. His paintings have been shown in galleries in New York, Los Angeles, Chicago, Paris, Brussels, and London. He is currently represented by Park View/Paul Soto of Los Angeles and Tif Sigfrids of Athens, GA. Andy has been playing and writing songs under the name John Picabia since 2017.

Although his music is committed to no one genre, John Picabia(Andy Giannakakis) draws close to musical/literary influences found in the works of Vic Chesnutt, Lou Reed, Lucinda Williams, John Prine, Will Oldham, and Syd Barrett. Often starting as experimental short stories or poems, his songs blend authorship, time, narrative, and melody to startling effect. His earliest musical outings began in 2012 playing bass with the satirical rock noise unit Reptar 2 in the bars and night clubs of Athens, GA. There he was a regular in the Athens, GA music scene while studying painting and art history at the University of Georgia. After completing a MFA in painting at the Rhode Island School of Design and a stint as a professional finish carpenter, he relocated to Los Angeles to continue painting and songwriting full-time. This is his first solo show in Los Angeles.