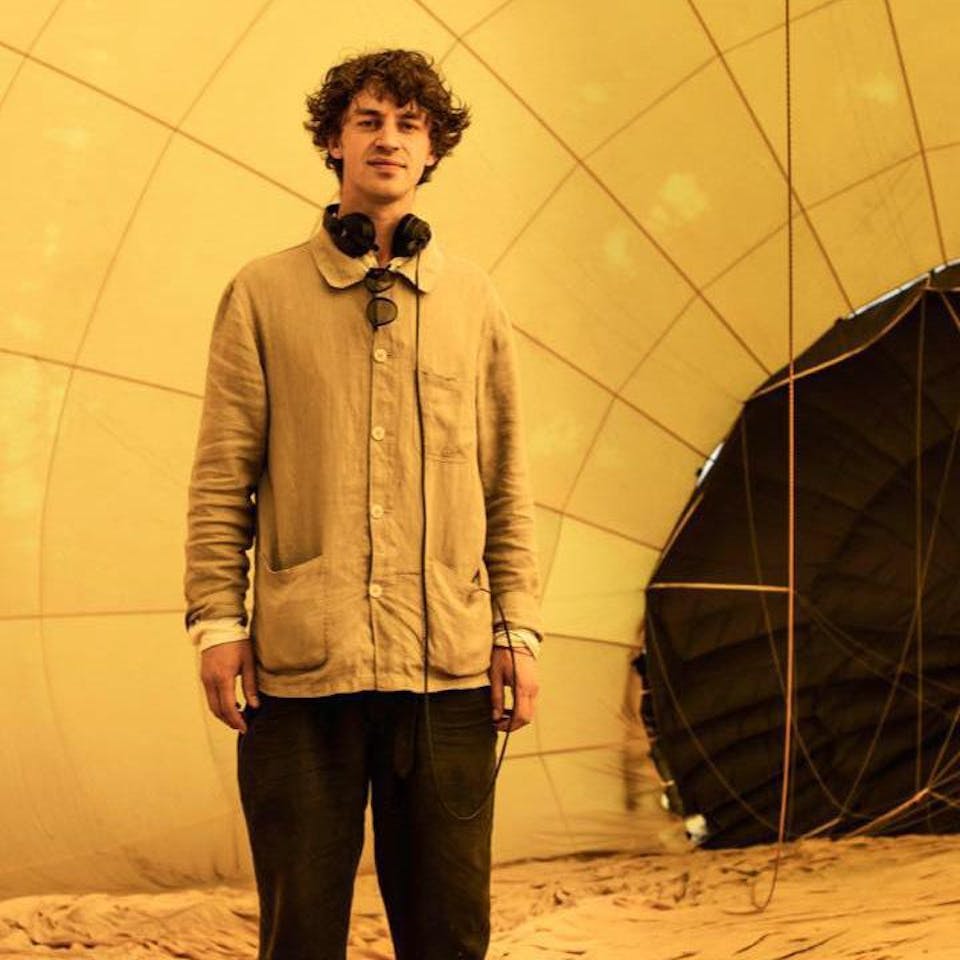 Cosmo Sheldrake is a singer, songwriter, composer, producer and multi-instrumentalist from London. He collects and plays a variety of instruments, from the bass clarinet to the banjo. The music he makes with them, inspired by and often incorporating field recordings and natural soundscapes, is essential listening for anyone interested in hearing truly unique new sounds.

Sheldrake grew up surrounded by both music and a deep understanding and fascination with the natural world. His father, Rupert Sheldrake, is a biologist who comes from a long line of church organists. His mother, Jill Purce, whose own mother was a concert pianist, inspired a revival of group chant, teaches Mongolian overtone chanting and spent four years working with the avant-garde German composer Karlheinz Stockhausen.

This meant that from an early age Sheldrake was introduced to a whole world of unconventional music. "My mother had a had a big record collection of early ethnographic recordings," he recalls. "One of my early memories is going to a world music conference and hearing Tuvan throat singing, then listening to flamenco and Georgian choirs. I was mesmerised by the whole thing."

Sheldrake began playing classical piano at the age of four, learning by ear using the Suzuki method which essentially teaches music as if it were a language to become fluent in. By the time he was seven he had moved on to playing New Orleans-style blues and boogie-woogie. At 15, he was studying minimalism and using Logic to program drums and beats.

His work with singer Noemie Ducimetiere and rapper Elian Gray led him to form his first band, Gentle Mystics, at the age of 16. He has also played and toured with Johnny Flynn and the Sussex Wit. He composed music for a series of Samuel Beckett plays at the Young Vic and for Relax & Dream, a project which brought bringing soothing music and nature videos to children in hospital and hospices. Until 2013 he ran a community choir in Brighton, and he has worked as a facilitator, running music workshops in Europe and North America.

Throughout his career, Sheldrake has continued to be fascinated by sound collection and field-recordings. In 2013, he gave a Tedx talk entitled 'Interspecies Collaboration' during which he created a symphony of sounds featuring the sun and British birds in collaboration with his own vocal improvisation. In 2017, he composed the soundtrack for 'Moving Art,' a Netflix nature series in which filmmaker Louie Schwartzberg explores the beauty of oceans, forests, deserts and flowers.

As a solo musician, Sheldrake released his first single 'The Moss' in 2014, which was followed by the 'Pelicans We' EP in 2015, which was mastered by Mandy Parnell.

This April he will release his debut album 'The much much how how and I.' It was mixed by electronic producer Matthew Herbert.

Written under the influence of a diverse group of musicians ranging from The Beatles and The Kinks to Moondog and Stravinsky, the record was also shaped by a trip to Mardi Gras in New Orleans and Sheldrake's study of anthropology at the University of Sussex as well as his longstanding interest in ethnomusicology. After composing the music at home, he decamped to east London analogue recording base Soup Studios to work with live woodwind and brass players.

"It feels to me like the record has captured a period of time and a thought-process," says Sheldrake. "It's taken me three years to write, and over that time the identity of this thing has emerged and revealed itself."

Of the record's idiosyncratic title, he explains: "I was working on this youth camp in America and a friend of mine, Nadia Chaney, who's an amazing artist and poet, had come up with a workshop called Oracular Poetry. Basically you freewrite on a subject for a couple of minutes, and then you chop up what you've written so that you have this pool of your words. Then you give them to your neighbour and they patch them back together. Often this process can shed light on the thing you were thinking about. A friend of mine, Evan, was the one putting my words back together. The last sentence of the poem that came back was: 'The much much how how and I.' It just popped out at me. I thought if I ever made a record I would call it that. I like the combination of the much-ness, the expanse, with the questioning, the 'why-ness.' Then also how that relates back to the individual. That's always been a sort of guiding idea for the album."

The record's lead single 'Come Along,' is a suitably epic introduction to Sheldrake's expansive and accomplished musical ambition. "That song began when I decided to make the most preposterously over-the-top introduction that I could," he says. "I made this ridiculously grandiose beginning, and then it developed from there into the song as it is now. It was one of the first songs that I wrote for this record, so it's always felt like a good place to start. It feels like the doorway in to everything else."

Another key track is the album's ear-worming second tune 'Wriggle.' "That's the song I feel most excited about people hearing," says Sheldrake. "I wrote it after the rest of the album was already finished, so it's the freshest and I think it really pops out. It feels quite celebratory, and it takes things in another direction."

'The much much how how and I' is that rarest of musical propositions: a truly original piece of work. While many musicians will claim to have influences outside the norm, in Sheldrake's case it's actually true.

"I've never been able to answer when people ask me what kind of music I make," he says. "Often just listening to the sound of a gale in Scotland, or sampling the sound of bats chewing, has given rise to a tune."

You haven't heard anyone quite like Cosmo Sheldrake before. But now you can.

"frozenthere" available on iTunes, Spotify, and Soundcloud and all other streaming services!