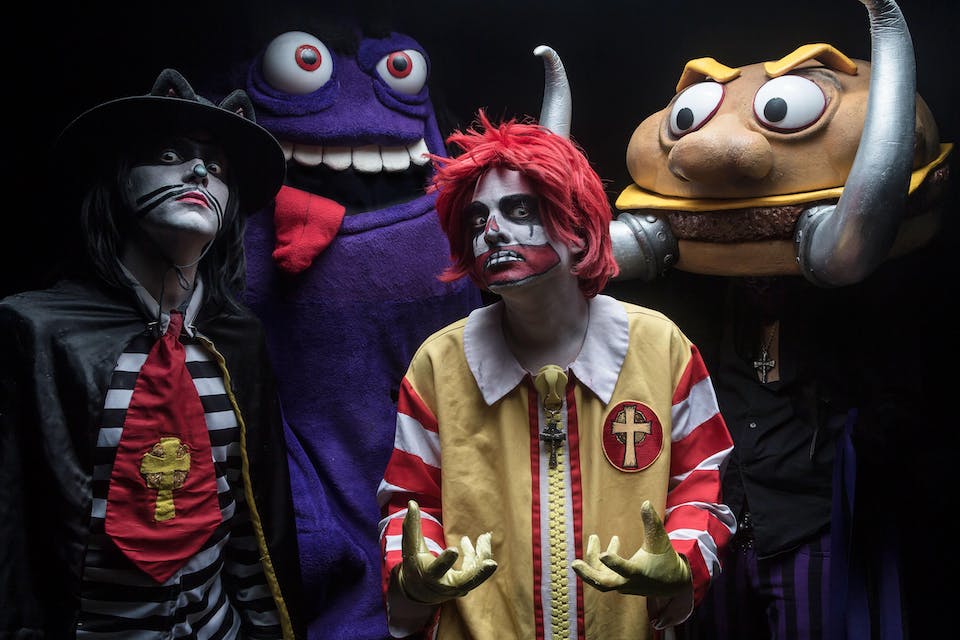 iCal
Google
MAC SABBATH and FARTBARF at the ECHOPLEX on JANUARY 18, 2020 with THE BINGES

It was the Year of Our Lord 2013, and I was devouring a cheeseburger in a Chatsworth, California, franchise of a certain multinational fast food conglomerate which shall remain nameless. Out of the corner of my eye, I noticed a crazed looking clown walking in my direction. Wearing a costume of bright yellow and red, and giant shiny shoes, he seemingly fit into the surroundings, but it didn’t take long to see that something wasn’t quite right. His costume was trailed by long, tattered, hippie fringe that was dirty from scraping the floor (and most likely the alley behind the restaurant), and more alarmingly his face was caked in ghostly make up that looked like it had been smeared on with a putty knife. My first thought was that he looked like Skeletor as a member of Uriah Heap. Taking a seat in my booth, he informed me that his name was Ronald Osborne, and he that he was familiar with my oddity rock band Rosemary’s Billygoat. He was a fan of the band, and said he had a concept I might appreciate, something he termed “drive-thru metal.” Some of the delinquent kids who worked for the franchise had been allowing him and a cast of characters named Slayer Mac Cheeze, Grimalice, and the Cat Burglar, to perform secret rock shows in the bunker-like basements of the local restaurants. But the time had come, he said, to bring drive-thru metal up from the “underground,” and he asked if I would consider becoming the manager of his band. I asked him what the act was called, and proclaimed with pride, “MAC SABBATH!” I barely had time to gather up what was left of my faux food before the restaurant’s manager, apparently annoyed both by the disheveled clown and the content of our conversation, came over and forcefully assisted us out onto the street. As we hit the sidewalk, I looked over at Ronald, watched him brush the dust of cold fries, sodium chloride and GMO remnants of my UN happy meal from his grease-smeared clown suit, and couldn’t help but think there was something special, perhaps even great, about the man. He invited me to one of these secret shows, and two nights later I was sitting in the basement of a fast food restaurant in the San Fernando Valley, my eyes and taste buds tingling to a new sensation. Drive-thru metal was real, and talk about a feast for the senses! Black Sabbath’s music, hilarious fast food lyrics, smoldering clown heads with laser eyes, a giant purple gumdrop bass player, and Tony Iommi with a giant cheeseburger head. I was confused, amazed, and dare I say it, can’t ever remember feeling so………happy! I told Ronald that yes, I would love to manage his band. It wasn’t going to be easy—nothing ever is with a disturbed clown and a band of Monsanto mutants who refuse to reveal their identities because they think they came here from a wormhole in space time direct from 1970. But whoever they are and however they got here, they’re here now and they’re ready, so pull up to the window and check your order, because I am proud to present the world’s newest concept in entertainment, the culinary disgrace that is MAC SABBATH! 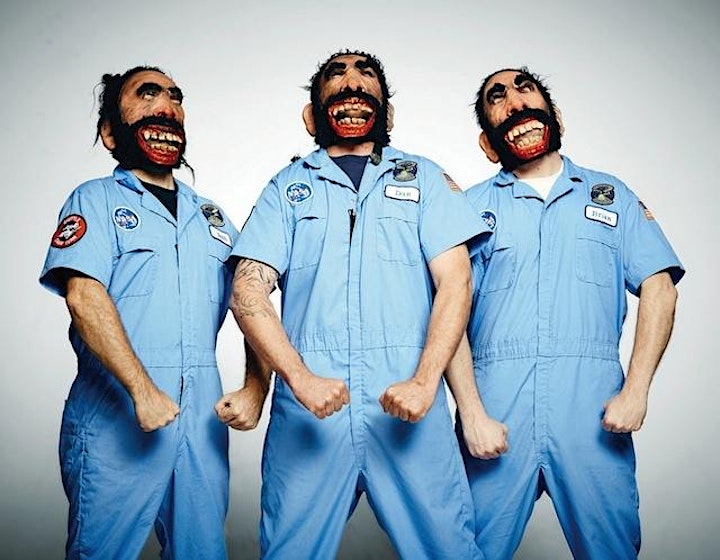 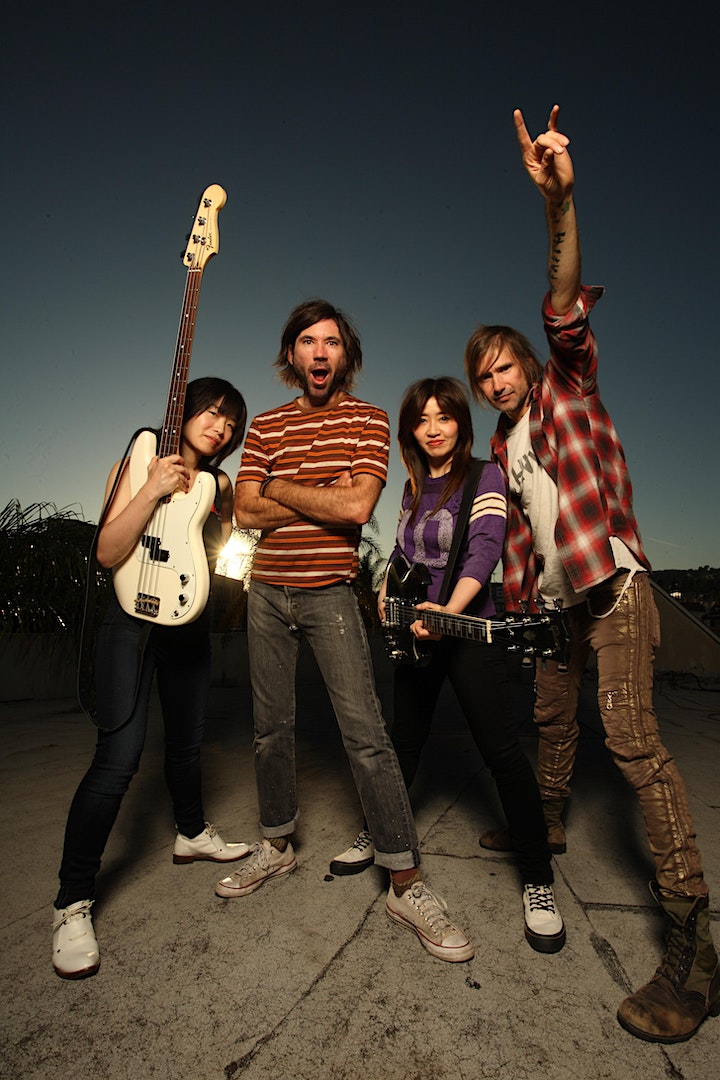 Defying and outlasting changes in culture and climate, The Binges are committed to celebrating the runaway freight train power of rock and roll. With the unique animalistic vocals of Dylan Geurtsen, the unstoppable riffage of Tokyo born virtuoso sisters Mayuko and Tsuzumi Okai on guitar and bass, and anchored by the unorthodox beast of a drummer Travis Smith, their live show is not merely a show, it's an experience. The band prowled the wreckage of the post-Headbanger’s Ball Sunset Strip, self-releasing an album and two EPs, as well as a 7” with the legendary garage punk label Sympathy for the Record Industry, in 2007. Songs like “Wake Up the Devil,” “Hear Me Out,” “Motorcycle Song,” and “Rock Show” say it all. In the spirit of living fast and dying pretty—and having a release party at Amoeba, getting airplay on Jonesy’s Jukebox, and touring from Hollywood across the U.S. to Canada—the band flamed out after just a few years in 2009. Now, a decade later, they have risen from the ashes with two new ripping songs (“Be You for Halloween” and “Bunny” recorded live by Manny Nieto at Total Annihilation studios) and are currently putting songs together for a 2020 full length. Dylan exclaims, “The Binges are back to stay, renewed and more fucked up than ever!” 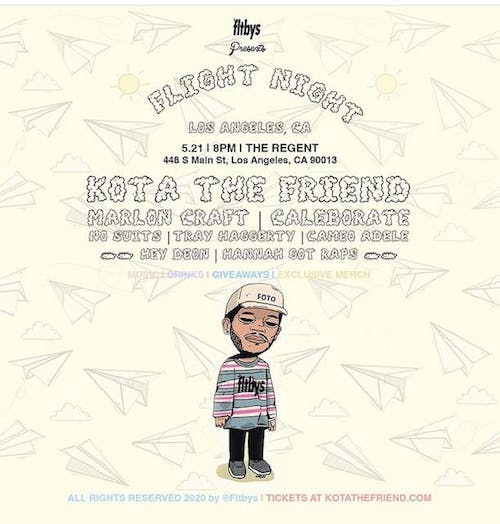 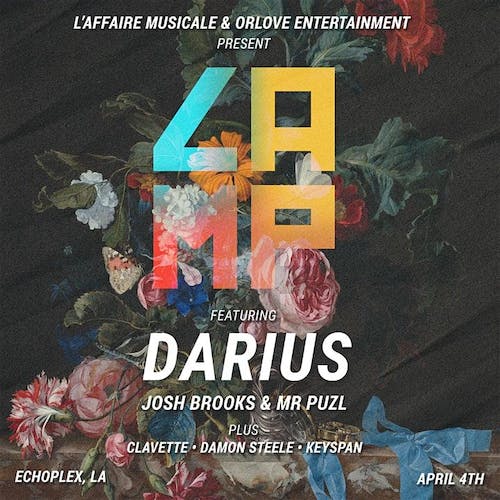 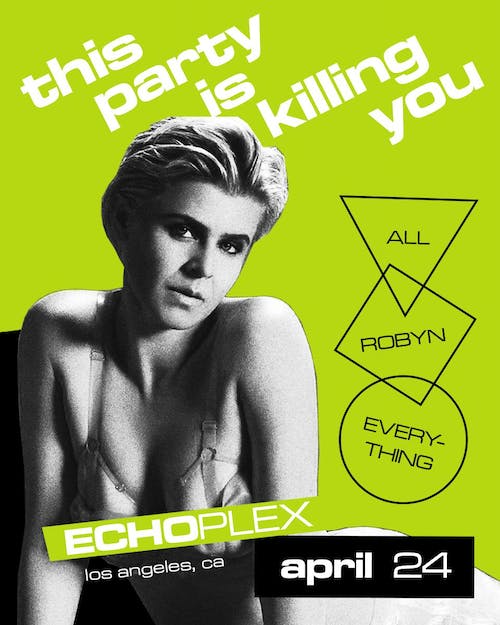 CANCELED: This Party Is Killing You