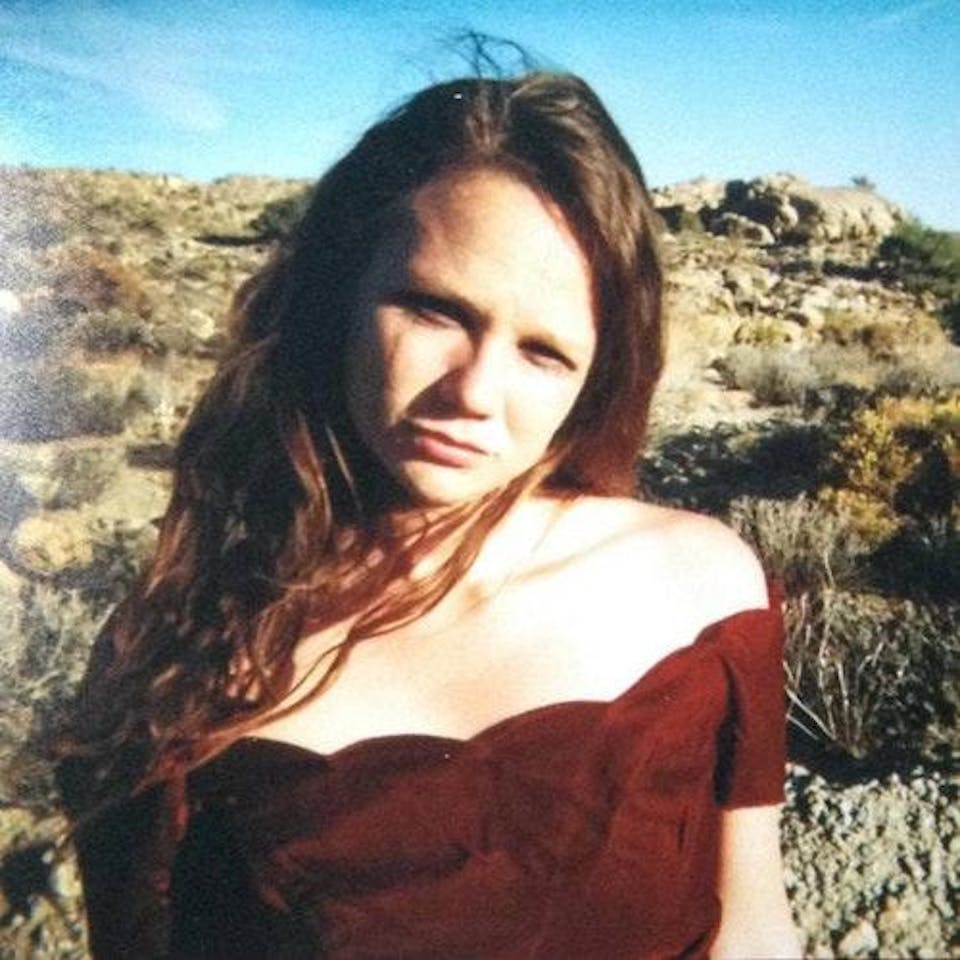 iCal
Google
Maesa will perform each Monday in January with special guests! This week's guests will be Philippe Bronchtein & Miranda Lee Richards!

MAESA PULLMAN (Joined this week by the Last Hurrah from Norway!)

MAESA (Maesa Pullman) is a mountain-siren soul-folk Americana-rocknroll singer-songwriter music-maker based in Los Angeles, California. She writes, records, and performs her original music all over Los Angeles and has toured the U.S. and Scandinavia. She often plays with her family band, the Whole Damn Fam, which includes brothers Jack and Lewis Pullman and cousin Rosa V. Pullman. The music they make is a folk-funk blue-country swamp-spiritual dream. She also collaborates with Norwegian producer Hans Petter Gundersen and is the lead singer of the Norway-based band The Last Hurrah!! She wrote all lyrics for the latest release, Los Angeles (Runegrammofon) and 2015’s Mudflowers came with liner notes by David Fricke (Rolling Stone). Several of Maesa's original songs can be heard on TV shows such as OWN's Queen Sugar, Wentworth, Catfish, Burn Notice, Girlfriend's Guide to Divorce and others. She has independently released singles, Bells, Again Again, and Woah Honey as well as a six song EP called Whippoorwill. She looks forward to releasing her first full-length album some day soon. 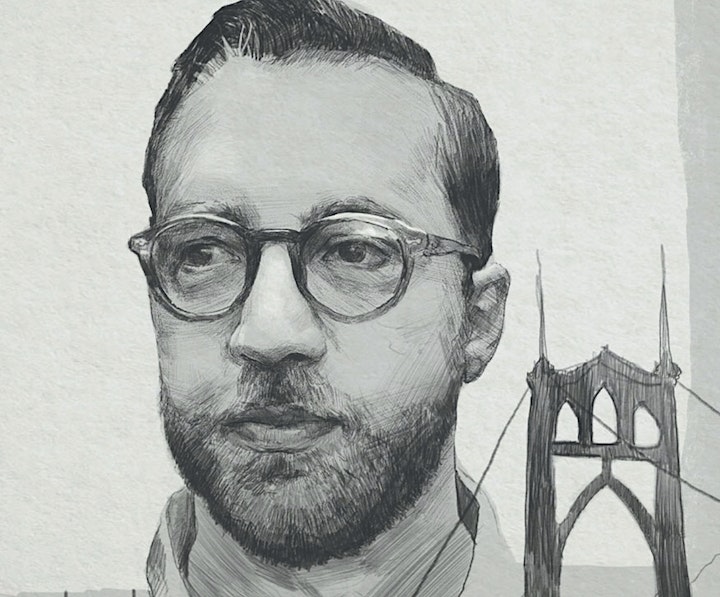 As a side man and solo artist, Philippe Bronchtein has logged several hundred thousand miles in on the road, crossing and recrossing the US and the Atlantic. In a few short years, he had quickly become one of Portland's most well-loved, consummate road-warriors, cherished by fans of songcraft, other songwriters, and the bandleaders who, over and over, invited him to join them on tour. Before the age of thirty, he'd released three LPs, numerous splits, 7"s EPs, and singles under the moniker Hip Hatchet and toured as a multi-instrumentalist for the likes of Esme Patterson, The War & Treaty, Quiet Life, and others. He relocated to Nashville in 2017 to continue working as the pedal steel & organist in The War and Treaty.

On his latest four song EP, "Oregon Air," Bronchtein offers familiar musings about home & love. These are road-worn songs penned in the back of vans, airport gates, hotel rooms, and unfamiliar kitchen tables. The album features Max Brown (Bass) and Sam Wilson (Guitar) from the War and Treaty band, while Drummer Josh McCewn lends a reliable and upbeat rhythm to the songs. Despite recording Oregon Air during a brief break in his touring schedule, this collection of four songs proves that Bronchtein is more than just a side man.

Known for her distinctive brand of enchanting psychedelic “chamber folk rock,” Miranda Lee Richards continues to evolve and mature as an artist. Her latest long-player, Existential Beast, is provocative in every sense, from the breadth of musical ambition to its politically-driven lyrics.

Though she first gained attention as one of The Brian Jonestown Massacre’s most well-loved vocal collaborators, Richards has always strived for and achieved more as her musical range and vision has grown, garnering consistent industry attention and a loyal fan base along the way. There is an enduring ethereal shimmer to everything she does, but there has always been a more universal poetic and sonic depth as well, something that’s more apparent than ever on her new work.

Existential Beast’s psychological nuance and cultural exploration covers timely and important new ground; in many ways, her upbringing and bohemian background bred her and led her to this current musical moment, inspiring her eclectic and expressive art just when the music world – and the world in general – needs it the most.

Richards grew up in San Francisco, the daughter of two underground comics revolutionaries, Ted and Terre Richards. Her father created the infamous satirical strip, The Forty Year Old Hippie, while her mother was one of the founding editors and contributors of Wimmen’s Comix in the 1970s. Richards sang in school choir, but didn’t consider playing music professionally until a chance meeting Kirk Hammett of Metallica, who taught her how to play Mazzy Star songs on guitar. From that moment on, Richards knew what is was she wanted to do in life: “As an impressionable eighteen year old, Kirk made playing in a rock n’ roll band seem rather glamorous -- little did I know at the time that his kind of success occurred for less than one percent of all musicians! And Hope Sandoval was someone I could really identify with as an aspiring young female singer and songwriter.”

Miranda Lee Richards’ first demo was recorded in Hammett’s basement studio, which was where the-then manager of The Brian Jonestown Massacre passed it along to Anton Newcombe. Collaborations followed and Richards appeared on the band’s Give It Back, Strung Out in Heaven, and Bringing it All Back Home Again LP’s.

By the late-'90s, all band members, including Miranda, had made the move to Los Angeles. Filming of the seminal rock documentary DIG!, about the Dandy Warhols’ tempestuous parallel relationship with Newcombe and his infamous psych band began soon after. Richards memorably appears in the film, reiterating at one point an innocent hikers question: “Excuse me miss, is this a cult or a photo shoot?”

After moving from San Francisco to Los Angeles, Richards played clubs and open mics, while navigating a fairly successful run as a junior model. A mutual friend introduced her to producer/musician Rick Parker (BRMC, The Von Bondies, and Lord Huron, to name a few), and the pairing proved successful both creatively and personally. She was signed to Virgin Records based on the demos they made together, and released her debut The Herethereafter in 2001, joining a stellar roster during the label’s hit-making heyday, and garnering critical acclaim, as well as a top five song in Japan.

Following a non-self imposed hiatus after parting ways with Virgin, the songstress persevered, and in 2009 released her critically acclaimed sophomore effort, Light of X on Nettwerk Records. KCRW and the BBC jumped on board to support the album, and dates on the 2010 Lilith Fair tour followed. She appeared as the face of the “Nine West Vintage America Voices” campaign, and procured many prominent film and TV placements.

A few years later, her independent release "The Reach" enjoyed some time in the cinematic spotlight, and she was also asked to write an original song (“Hero of the Silent War”), for the 2014 Hornet’s Nest soundtrack where Stevie Nicks was also a contributor. 2014 also saw the release of the Apple Bonkers LP by Joel Gion of The Brian Jonestown Massacre, where she sang duet on the haunting track “Change My Mind”.

In 2017, Richards has delivered what is arguably her most impressive album to date. The tapestry of genres, moods and thoughts makes for a deeply orchestrated, politically and spiritually-themed album that reflects the issues of our time while finding beauty in chaos, hope in hardship, and transcendence in self. Of Existential Beast, Richards states:

“It is a political album to the core, examining the issues of our time, but with an intent of tackling these difficult and sometimes taboo subjects in a poetic and heartfelt manner. The title is also a mash-up of terms, referencing the existential crisis that has in turn arisen. In essence, we are all still working with animal urges of fear, competition, survival, sexuality, which are deep-seated and manifesting in varying ways and degrees for different individuals, depending on where they’re at. A more endearing outlook may be to see this as an assignment working with the inner child, who at times can behave like a wild beast. But like it or not, these tendencies have been revealed, within our leaders, our countries, and ourselves; it is indeed a pivotal and transformational time and there is much work to be done.” 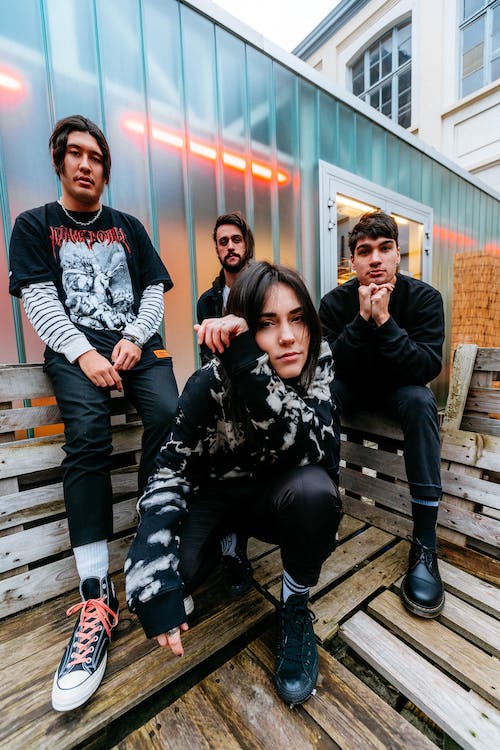