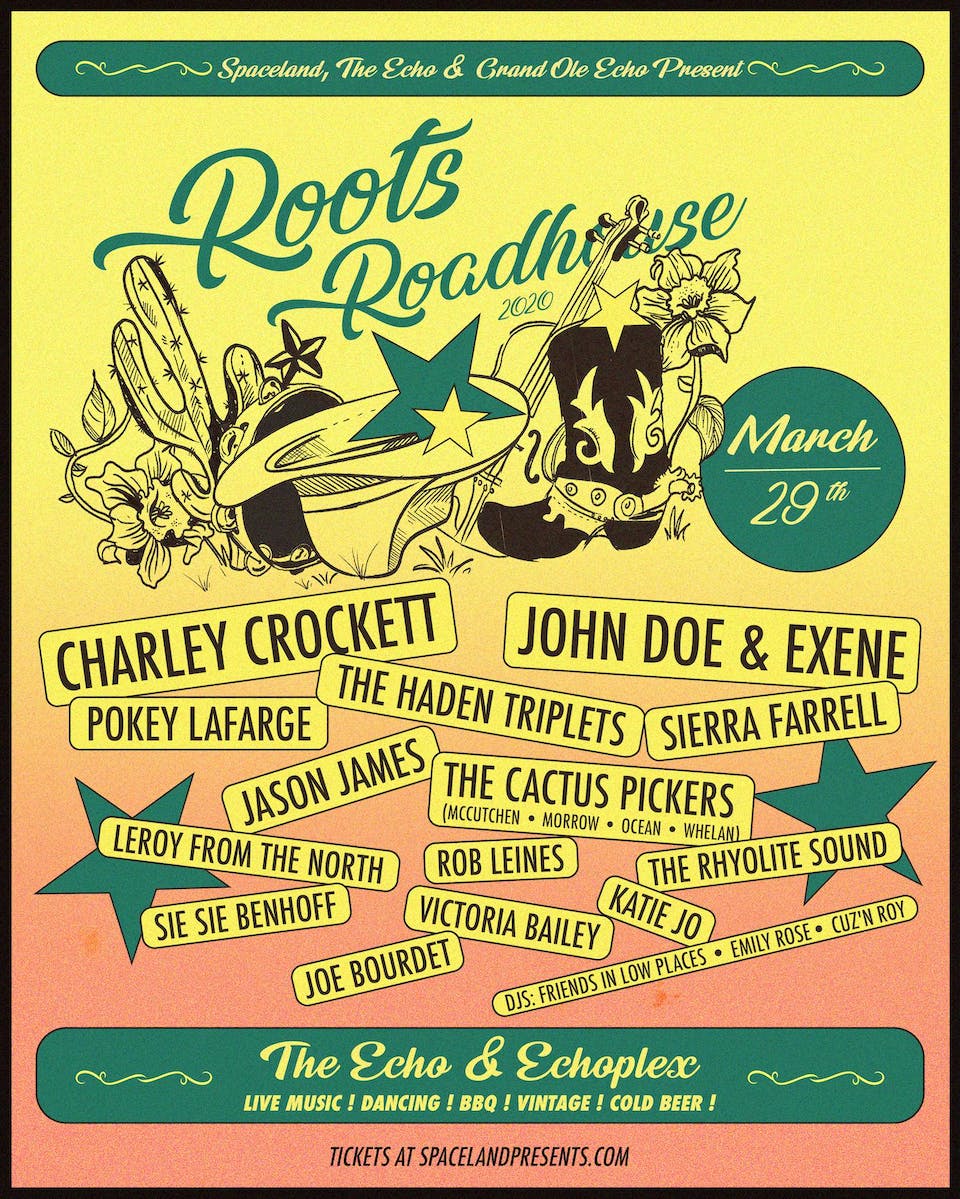 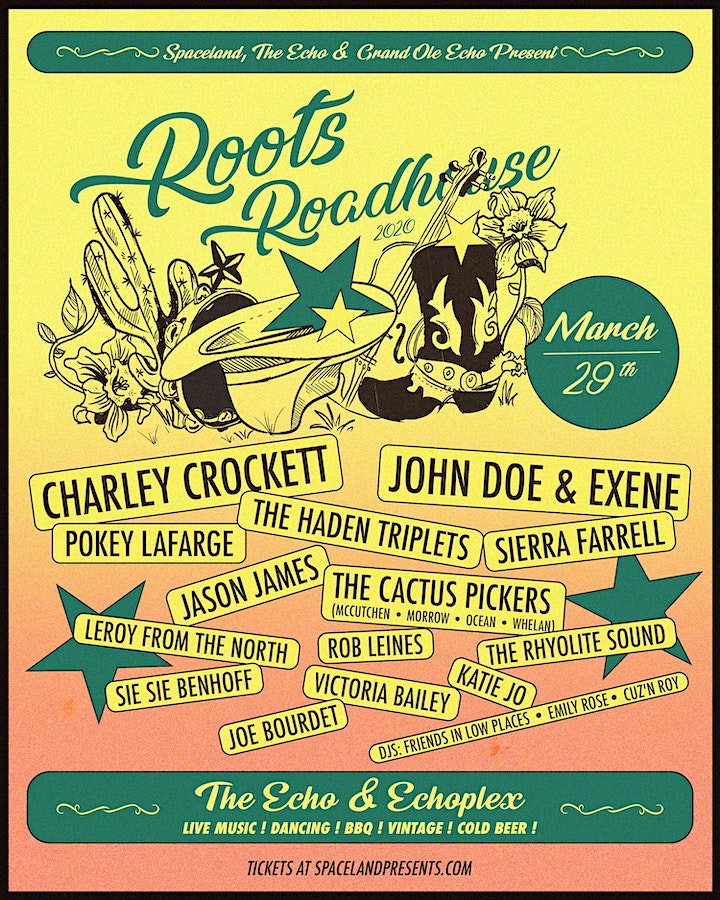 Every year Roots Roadhouse celebrates the outlaw country spirit and the cosmic cowboy soul with some incredible performers showcasing the best American roots music has to offer locally and nationally. The all-day-into-night festival takes place at the Echo and Echoplex and includes “back porch” stages for a more acoustic experience. Roots Roadhouse also includes games for kids, food trucks, DJs and a plethora of vendors that set up shop. From local barbecue joints to handcrafted leather belts, you’re sure to find some one-of-a-kind gems.

“Within moments of walking into Roots Roadhouse at the Echoplex and seeing BBQ pits, haystacks, cowboy hats and boots, I realized that this is one of the best festivals in Los Angeles, it’s a hidden gem.”—Janky Smooth Blog

Los Angeles, CA January 28, 2020—Formed in 2010, the Roots Roadhouse Festival celebrates its annual season of roots music on March 29th, 2020. Roots Roadhouse is an all day festival that takes place on the legendary Echo and Echoplex stages in addition to their patio stages. The festival’s programming is characteristically musically multifarious, blending elements of roots music including outlaw, country, roots rock, indie folk, blues and of course, the cosmic sounds of California country. The lineup incorporates the best of local roots music scene to national touring acts. In addition to the live performances there will be food trucks and an eclectic array of vendors along with country music DJs.

Some highlights of this year’s programming are below. Others will be announced at a later date.