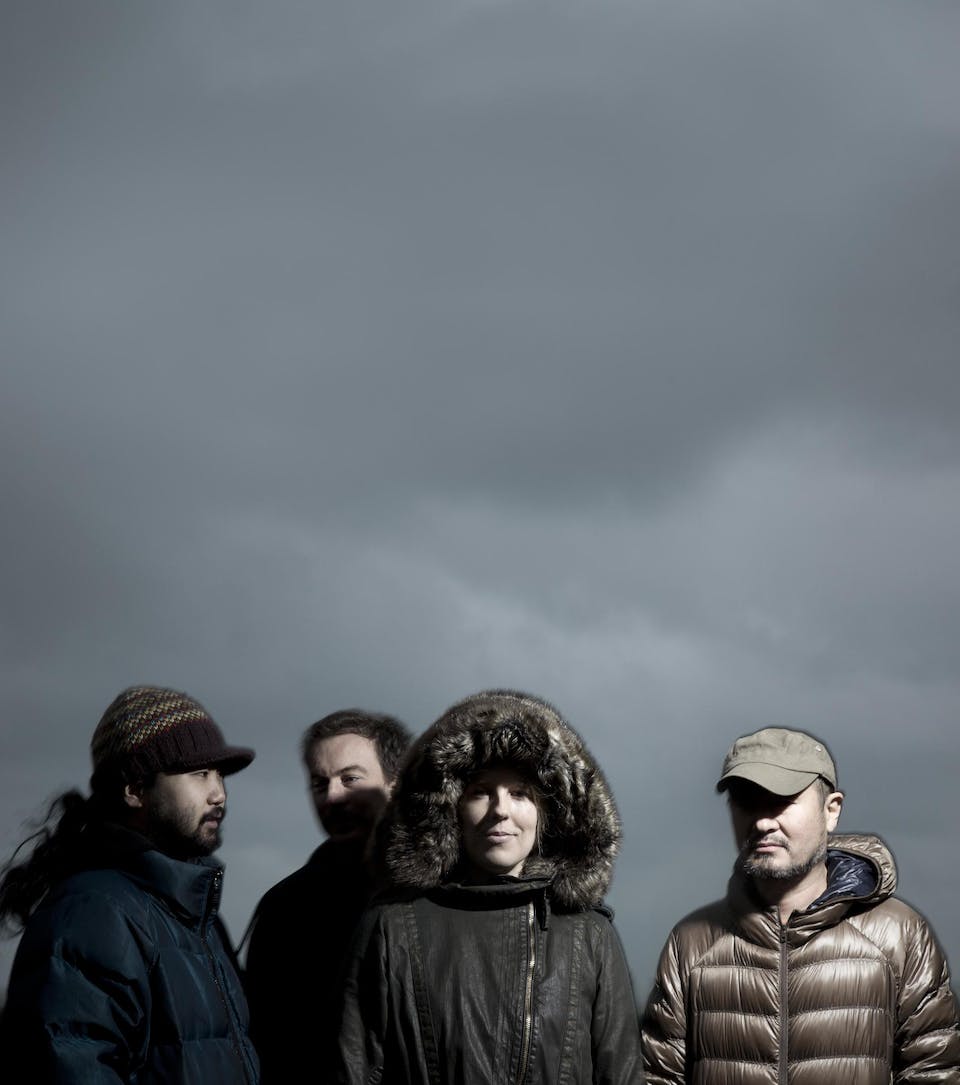 Legendary British shoegazing pioneers SEEFEEL make their 1st-ever appearance in Los Angeles with the full 7-piece band -- playing tracks from their groundbreaking 'Quique' LP from 1993 PLUS other classic tracks!!!!!!!

In the heady days of the early 1990s, a wave of intrepid young bands made some unexpected connections between their post-punk approach to music, the exultant electronic reverberations from the early days of Acid House and the sonic sculptures crafted by classic producers like Phil Spector. As these sounds coalesced, Spector’s vaunted “Wall Of Sound” would be a handy touchstone for the immersive latticework of distortion and melody that would be off-handedly labeled later as “Shoegaze”.

Even amongst a quasi-movement as loosely defined and musically divergent as this, Seefeel emerged as the black sheep. Conceived by Mark Clifford and Sarah Peacock, Seefeel immediately amalgamated electronics in ways most of their peers in traditional bands would never dream of, these sounds fused deeply with guitar, drums and bass into urgent melodic waves that on early releases like Quique and Succour oscillated between hopefulness, introspection and downright menace. As Warp co-founder Steve Beckett says, “Seefeel were the first band that Warp signed who had guitars – they were brave to sign to us because they became the ‘older siblings’ in the family and took all the flak by breaking the unwritten rules of an (up until then) purely dance label. After 1995’s ‘Succour’ they stopped performing live, but we always kept in touch and then for the first Warp20 show in Paris we asked if they would play.”

The immediate result of their live reformation in Paris was the single “Faults”, the band’s ranks now including bassist Shigeru Ishihara and former Boredoms drummer Iida Kazuhisa (aka E-Da). Their first release since 1996’s (CH-VOX), "Faults" proved to be a clear and welcome progression for a group that had never been predictable. Drawing on everything from gamelan and krautrock to the fringes of underground bass music, Seefeel's new material has been met with a resounding “welcome back” and an instant affinity with new peers such as Gang Gang Dance, HEALTH, Battles and Salem.

CHASMS was formed in 2011 by Jess Labrador and Shannon Madden. Following 2016's 'On the Legs of Love Purified' and the recent "Divine Illusion" single, the band's latest LP for the Felte labe, 'The Mirage' pushes the band's ethereal sound into the murky depths of dub. Marking a sonic shift for the project, 'The Mirage' finds the duo trading in chaotic bursts of noise for understated minimalism that's still characteristically melancholic and potent with emotion. Labrador's drum production is as deft as ever with an expanded range of electronic samples and tape-delay-induced polyrhythms. Layered with Madden's persistently dubby bass, Labrador's sparse guitar and gliding soprano float above a labyrinth of hypnotic sequences. These dub-laced dirges signify growth within the band, heard in their command of repetition, space, and effects to build a pervasive mood that's often utterly heartbreaking.

BODY/NEGATIVE transforms the world into a bedroom with her debut EP, Epoche. The LA-based solo artist plays with texture, delay, and converging vocals to create an amalgam of sounds that transport the listener into a universe of both familiarity and mystery. From crackling vinyl to soothing rainfall, the artist interweaves a myriad of sounds to blanket the entire album in a familiar feeling of comfortable sadness.

BODY/NEGATIVE transforms the world into a bedroom with her debut EP, Epoche. The LA-based solo artist plays with texture, delay, and converging vocals to create an amalgam of sounds that transport the listener into a universe of both familiarity and mystery. From crackling vinyl to soothing rainfall, the artist interweaves a myriad of sounds to blanket the entire album in a familiar feeling of comfortable sadness.

PART TIME PUNKS is a club that takes over noted Echo Park live music venue, The Echo on 1822 Sunset, every Sunday night. The night focuses heavily on DIY and Indie vinyl coming out of the U.S., UK and Europe from 1977 to the present: Punk, Post-Punk, Synth-Punk, Synthpop, Minimal Synth, Dark/Cold/Minimal Wave, NDW, Industrial, New Wave, No Wave, C86, Indiepop, Twee, Shoegaze, Baggy and even Krautrock…