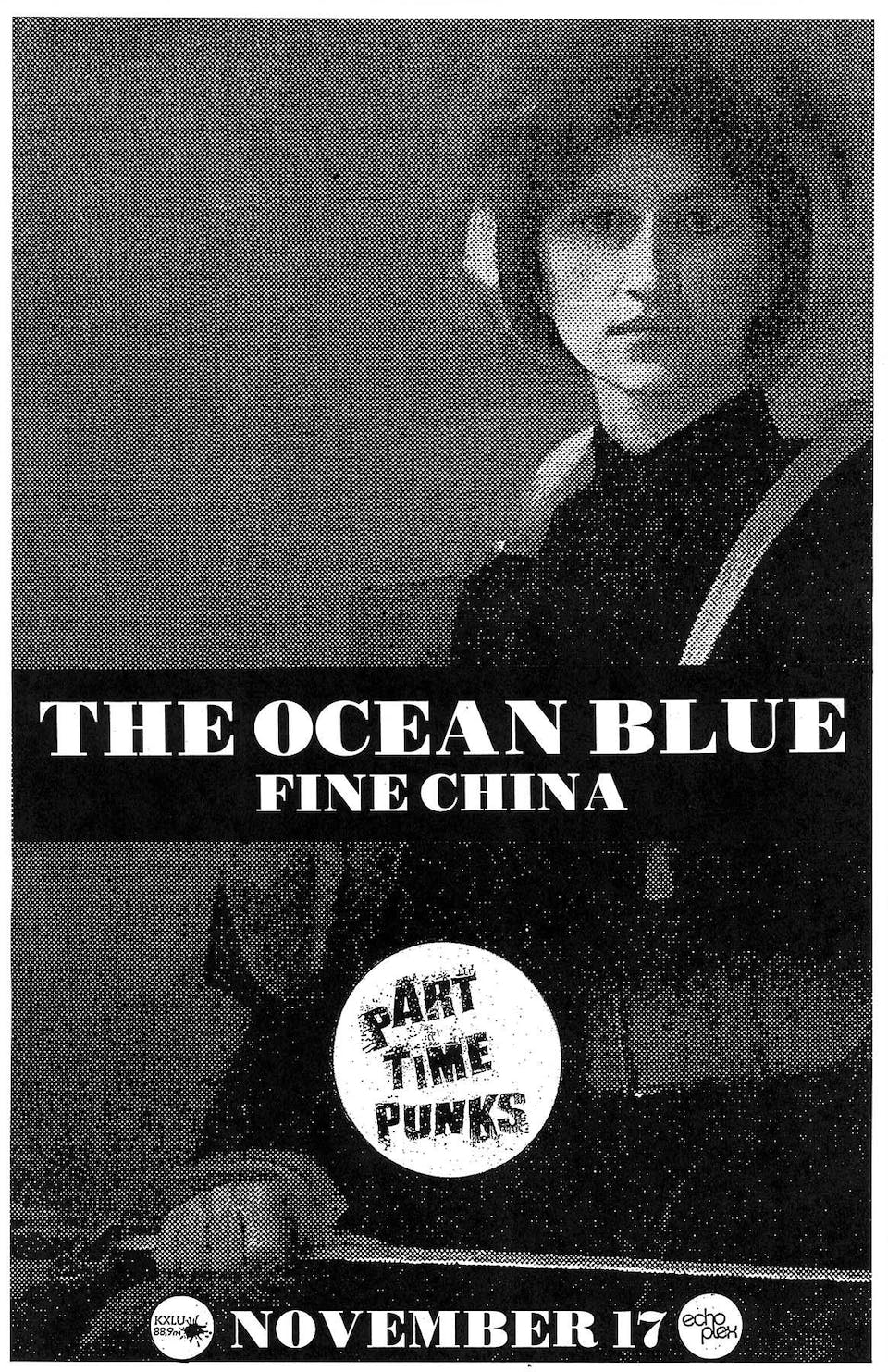 The Ocean Blue's debut record on the famed Sire Records label in 1989 achieved widespread acclaim and radio & MTV airplay. The band of four young high schoolers from Hershey, Pennsylvania went on to do two more well-received records for Sire, the atmospheric Cerulean and alt pop Beneath the Rhythm and Sound, and a fourth record for Mercury/PolyGram, See The Ocean Blue, before leaving the majors in the late 90s. The band did several independent releases in the 2000s, including Davy Jones Locker and Waterworks, and within the last several years began working on a new full length record, their first in over 10 years. That record, entitled Ultramarine, is out now on Korda Records, a new Minneapolis cooperative label that the band helped launch in late 2012.

Ultramarine is a spectacular return to form that recalls the band's earliest work, and should appeal to fans old and new alike.

On the title, singer/songwriter David Schelzel explains, "We chose Ultramarine to reflect several things. The mood of this record is a little blue, and harkens back to our other "blue" record, Cerulean. It's also a fun play on our name, and we were very conscious of our history as a band making this record. Thinking about our music, what it's meant to us and others. Asking a lot of existential questions about the band, what it was, is, and could be in the future."

Ultramarine was recorded in Minneapolis, MN, Portland, OR, and Mt Gretna, PA over several years, with Schelzel and drummer Peter Anderson producing. "This record unfolded in slow motion," says Schelzel, "At a glacial pace. We were not on the clock we were when we were on the major labels. And we were not in an insulated studio world for months making the music. We made it mostly in our own studios, on our own time. Regular life drifted into this one more than our earlier records."

Music recording and distribution, and the social networks of the Web have changed the landscape completely since the band's last full length. Says Anderson, "We are using gear and technology on the recording side that for the most part didn't exist when the band was making big budget studio records in the 90s. It's allowed us to do a lot of things we'd never been able to do years ago, all at a much cheaper cost. We also have the ability to connect with people directly via the Web that wasn't really there when we did our last release."

Musically, the new record is a return to form for the band. As well as a new beginning. Lyrically it is romantic, melancholic and impressionistic. The melodic singing, chimey guitars and lush keyboards the band is known for weave their way through the songs. Even the saxophone has returned on the opening track. But it is a record full of music that sounds very of the moment.

PART TIME PUNKS is a club that takes over noted Echo Park live music venue, The Echo on 1822 Sunset, every Sunday night. The night focuses heavily on DIY and Indie vinyl coming out of the U.S., UK and Europe from 1977 to the present: Punk, Post-Punk, Synth-Punk, Synthpop, Minimal Synth, Dark/Cold/Minimal Wave, NDW, Industrial, New Wave, No Wave, C86, Indiepop, Twee, Shoegaze, Baggy and even Krautrock…