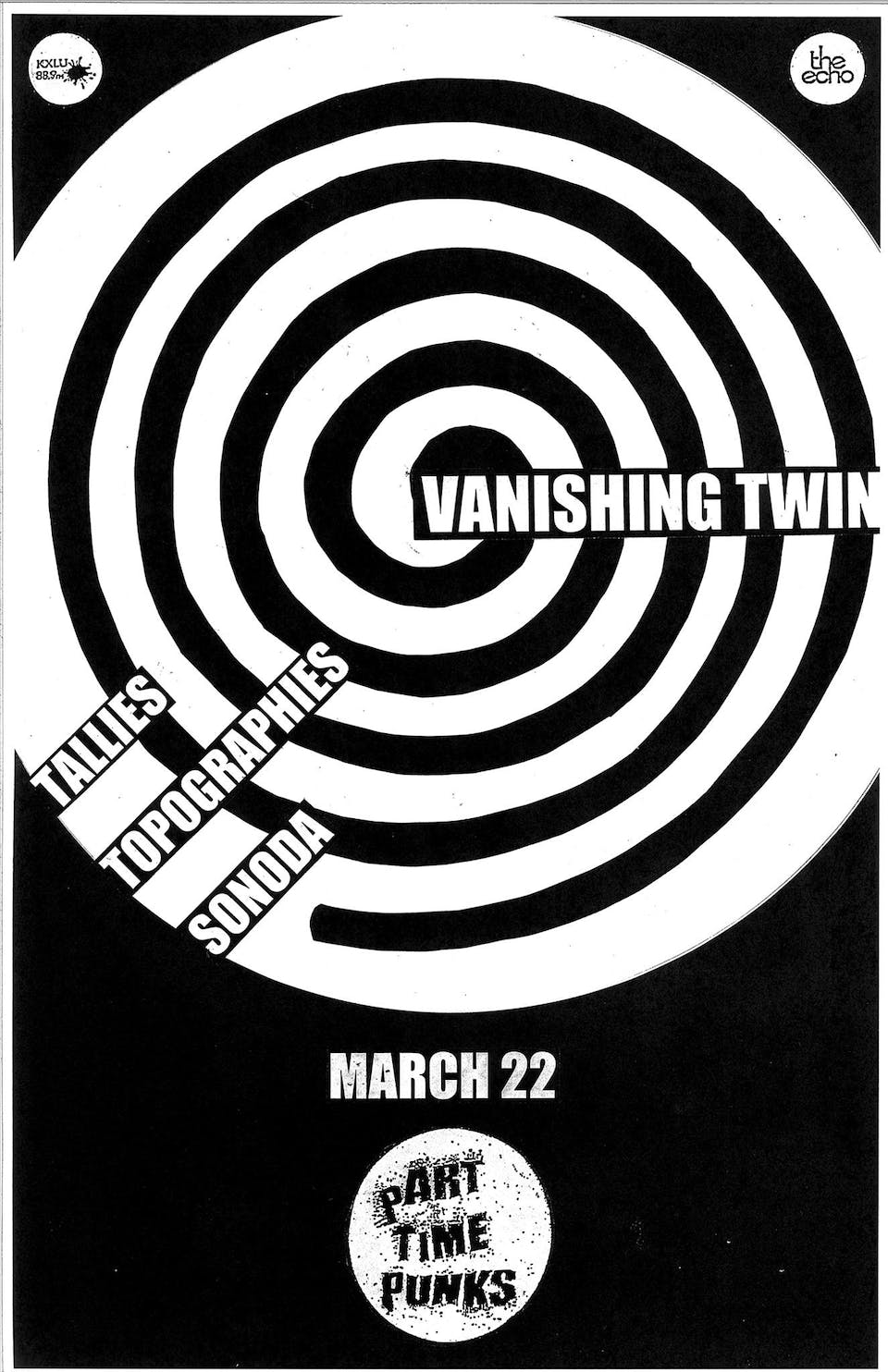 Vanishing Twin are a heterogeneous crowd, no two members are the same nationality or speak the same language. They are would be doyens of Esperanto if it had only caught on; galactic citizens if it were an option at the passport office. They are scientists and creators excited by rituals and telepathy, book-wormed into action.

Dressed for the closing night of the original Dadaist nightclub Cabaret Voltaire in Zurich, they sound like they are playing jazz at the end of the world’s end. They are like nothing else. Challenging, morphing, eclectic, ethereal – engaging.

Their new album, ‘The Age Of Immunology’, was recorded in spaces reclaimed for their experiments. There are found sounds, Euro ambience, repurposed technologies, the sea. It’s motorik, symphonic. Different.

The sounds you hear are otherworldly, created by scavengers, hunters, gatherers, deft at pinging milk bottles, caressing the Varispeed, and speaking in multi-lingual monologues, punctuated by strings and things. The Vinyl Factory has likened them to fellow sonic adventurers Sun Ra, Ennio Morricone and Stereolab.

“The futuristic worlds on ‘Immunology’ are both ominous and tantalising, like staring into Kaa’s eyes or spinning yourself dizzy, imagining your brain detach slightly from your skull” Loud & Quiet

The band formed in 2015 around a shared love of “strangeness”. Their first LP, ‘Choose Your Own Adventure’, came out the following year. It was a personal mythology told through music, philosophy, biology and folklore, and an invitation to use stories to make sense of ourselves. There’s a consultation with the egg oracle, a foetal encounter with a vanished twin, a rumination on the cyclical nature of life. The Quietus called it “a heady voyage across time and space that surprises at every turn.”

In 2017, the mostly instrumental ‘Dream By Numbers’ was darker, more abstract, and tested the ground for a new improvisational synergy.

2018’s ‘Magic And Machines’ was recorded in one long quiet take in a mill in Sudbury. Released on cassette, as part of a series of experimental recordings not originally intended for release, it serves instead as a window into the band’s R&D.

Those mill recordings formed the basis of ‘The Age Of Immunology’. Crafted from improvisations and carefully devised arrangements, the pieces took on new shapes – they bent and swallowed shots of French Chanson and analogue candour to make a hybrid and incongruous whole that hums joyously.